I finally finished drawings of the fire panel with cannon plugs and put together a fire panel pin-out diagram. 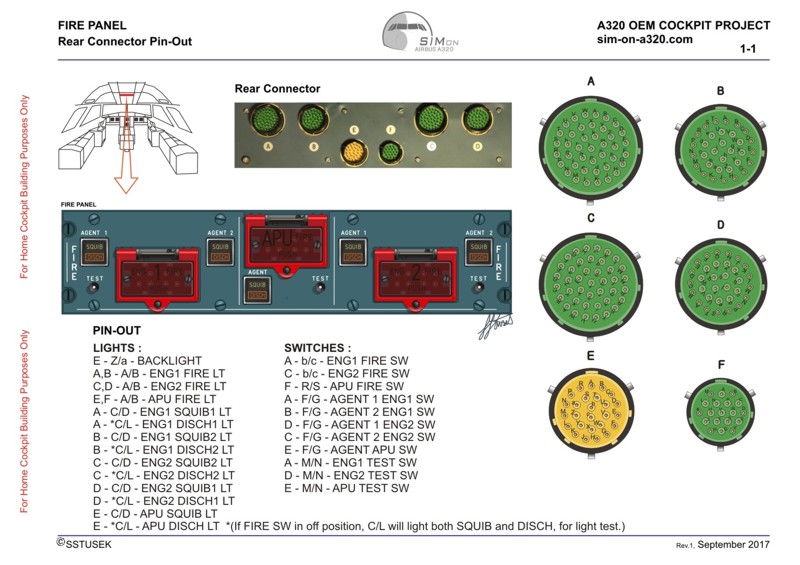 Overhead fire panel on A320 family aircraft consist of three guarded fire detection push button indicators. Two are for ENG 1 and 2 and one for APU (auxiliary power unit). Next to them are five extinguishing system Agent indicator switches (two per engine) and three test buttons.

You my noticed you can find two different types of fire panel on A320 family aircraft. Older type, represented above and newer type below.