Charlie, the patched plane and a whistle flight.

On September 11, 1990 Adria Airways received the third A320 aircraft with serial number 114 and registration YU-AOE (later S5-AAC). The airplane did not operated for a long, about 1000 hours,

when history went its way and Yugoslavia begun breaking up. In Slovenia the break up escalated in ten day independence war that started on the morning of June 26, 1991 … during the course it also left consequences on the airport and mentioned aircraft. I find the story very interesting and worth of translation.

On 28th June 1991 fighters of the Yugoslav Air Force attacked Adria Airways aircraft and facilities at Ljubljana Brnik airport. Damage was caused to hangar building including four aircraft inside and outside the hangar. After the air strike tank unit also attacked! At the time A320 tail was sticking out of hangar and obviously seemed like an excellent target. Airbus A320 and de Havilland Dash 7 have been severely damaged. Total damage was later estimated at $100 million.

Damage
The A320 (MSN 114) suffered direct and indirect damage made by air to ground rockets, tank ammunition, shrapnels and concrete debris from hangar roof. Projectile and debris holes where over the entire length of the fuselage including cockpit, upper part of main fuselage structure was bent behind the cockpit, both engine nacelles had holes in it, holes where also through right elevator and vertical stabilizer, visible dents and damage on wings, damaged interior,…

Some of the bullets that went through the fuselage got stuck in electronics bay and consequently destroying some of the on board systems like VOR, DME, ELAC, radar. The aftermath of tank unit attack was destroyed APU, back door (not closing properly) and back galley.

Repair
The outside appearance of the aircraft didn’t show the scale of damage on this plane! At first it was not even clear whether this aircraft could be repaired or it is a write off as each section of the plane had a hole in it?! Maintenance engineers spent 30 days evaluating and searching for possible solutions to “repair” the aircraft. If they could meet the safety minimums it might be possible to fly it back to Toulouse for general repair. Technicians tried to make repairs in extend to establish the aircraft for VFR flight level, as cockpit 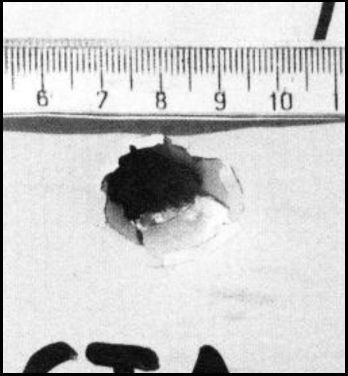 couldn’t be pressurised due to all the holes in fuselage. Even though they sealed all the holes with special adhesive aluminium tape, everyone knew that in flight patches might not last for long! Pilots also said “It’s probably gonna whistle”! For the flight they managed to enable basic navigation and inertial reference system with parts of radio navigation and communication. Due to damage in ventilation system there was a concern for air condition system to overheat so they removed it as a precaution. Ten days before the scheduled flight the plane was ready for ground testing. They tested engines, brakes, flight controls along with some taxiing and surprisingly everything seemed to be working. This was an important argument for the crew to trust in aircraft airworthiness. Plane was ready for flight on July 27.

The flight
Adria Airways made a special insurance only for this flight. They paid insurance premium for the plane and each crew member. The contract was valid only for the flight Ljubljana – Tolousse and did not allow prior test flight!

It was clear that airplane defects and damage dictated VFR (Visual flight rules) flight at altitude up to 3000 m. Therefore this flight needed really nice weather with good visibility trough the whole route. It looked like August 2, will be such a day. There was some uncertainty about the crew but captain Vine Žakelj and chef Adria pilot captain Jure Lokovšek volunteered to make this flight. Due to the Alps they were forced to fly along the southern Italian route via Bologna, Pisa, Alberque, Nice and Marseille. The takeoff was planned for 8:00 in the morning how ever, on the morning of August 2, flight started with delay of 30 minutes due to engine start-up problems. After this hiccup plane took off quite normally like nothing was wrong, so it seemed.

A different story took place in the cockpit. Right after takeoff at 100ft right side speed indicator malfunctioned and a few seconds later also the navigation system on both sides (MAP NOT AVAIL)! Soon after flight control system changed from Normal Law to Alternate Law therefore also the autopilot and auto thrust system disengaged. The flight without all these systems is already quite demanding under normal circumstances with operative A320. They where about to turn back at Dolsko VOR when they managed to get back speed indication by switching off systems that were faulty or where sending the wrong speed data. After that they were able to re-activate the autopilot with auto thrust and above Ilirska Bistrica they also managed to get back the navigation system. At this point they decided they will continue the flight as they could fly “normally” again. With most of electronic problems sorted, new more physical problems arised. Due to poor sealing of fuselage holes, some got loose during the flight and the under pressure was generated in the airplane as if it were flying at 11000 m. Cabin warning would constantly caution them about that. To at least partially counter the vacuum effect they tried with Ram air inlet. The result was a dense cloud of dirt, debris and dust that blew out of ventilation system so they quickly shut off Ram air.

Air control
Why would things be simple if they can be complicated! When they contacted Italian west control they simply did not believe they are flying A320, despite prior official announcement! Not by VFR rules at only 3000 m, control was convinced they were making fun and are actually flying a larger Cessna plane. Despite explanation regarding fuselage damage and circumstances they are in, controller insisted on climbing to a higher level as there was area with heavy GA aircraft traffic up to 3000 m ahead. In this area some smaller planes had to climb higher and actually fly above them. With VFR flight rules pilots are responsible for their separation from all other aircraft and the problem they encountered in this GA crowded sky was external visibility up and down. Despite relatively good A320 external view for IFR (Instrument flight rules) airliner cockpit, it was not meant for VFR flying.

Flight from Pisa to Nice was much nicer because of spectacular view of the Alps on one side and the coast of Azure on the other side. This moment of seemingly beautiful under pressurised flight was interrupted by engine number 2 fire detection loop fault. A bit later followed the fire warning for engine number 2! This would have been one of the most serious problems if it turned out that fire indication warning was true! Pilots were in unpleasant position of determining whether indications where true warnings or faulty ones. Such annoyances continued through the flight!

The French control was more flexible because they already knew about the special flight and didn’t cause any problems. After overflying Marseille they caught first sight of Pyrenees with a new surprise. Cumulus clouds where gathering near the Pyrenees where Toulouse is located. Cloud base also seemed lower than their flight altitude. Despite clouds and dense air traffic, arriving in Toulouse was encouraging when “Welcom Adria” was heard from the radios. On the same frequency they where also greeted by Airbus chief test pilot Pierre Beand. It may be worth mentioning that all factory pilots declined this ferry flight. Instrument landing system (ILS) was one of few systems working normally and landing went smooth. It was still performed carefully by captain Žakelj in command. The last uncertainty was stopping the aircraft. At the moment they started to brake and plane began to slow down they could finally relax. After landing they taxied the plane to platform in front of Airbus factory where some people gathered. Chief test pilot Pierre was the first to congratulated them for a successful flight. After seeing the plane, he invited them to dinner. Later they found out that Adria Airways has a good reputation in Toulouse.

Repair
Repair of aircraft YU-AOE (MSN 114) lasted five months as they where constantly detecting new defects. In this time Airbus Industrie makes 50 new A320 aircrafts. Later during repairs they found one bullet (23mm) still inside the main fuel tank! Aircraft was successfully repaired and later registered as S5-AAC, known as Charlie. It flew for Adria Airways till September 27, 2009 when it was sold to Myanmar Airlines Int.

Charlie, the patched plane and a whistle flight.
Tagged on: ADRIA