Welcome to my site.

I will try to reveal my journey of building Airbus A320 home cockpit and in doing so share my experience and mistakes I made.

My interest in aviation began in childhood as with the majority of kids, watching aircraft takeoffs on local airport in my case DC-9’s.

Later followed flight simulation and like many I first met with subLogic Flight Simulator II on Commodore 64. I made my first generic cardboard cockpit for it but that didn’t last long, same as floppy disk with simulator.

Much later on PC followed Flight Simulator 95 and Flight Simulator 2004. Then things became more serious. With better add-ons and first A320 the cockpit idea came back again. The turning point was joining freshly started Virtual aviation club of Slovenia and their forum. There I met many friends and one of them was actually already building a cockpit and one thing led to another. 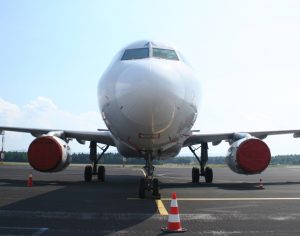 My goal first was to build everything by my self and as real as possible. You will see where that got me…