I am still busy but I managed to work a bit on the genuine MIP frame. You might be asking what is there to work… Well fitting the screens in there can be quite a challenging task! You will be faced with monitor and MIP frame display dimension problem! A320 uses six single displays for PFD, ND, EWD, SD,.. which dimensions are not common to any regular LCD or LED monitors out there.

There are two reasonable options, one is finding the monitors with sort of similar dimensions as the MIP frame openings and accordingly adjust the frame to fit. Another option is to order a custom size LCD displays that fit the MIP frame or maybe need only a minor grind. This option sounds better and more straightforward but it might cost you a bit more. For custom LCD check James’s Jet330 FB page, those MIP screens just look stunning.

Because I already had some 17″  LCD widescreen monitors from previous wooden MIP design I decided to also use them in genuine MIP frame. One wide 17″ monitor covers both PFD and ND displays on one side. As far as width is concerned it would fit 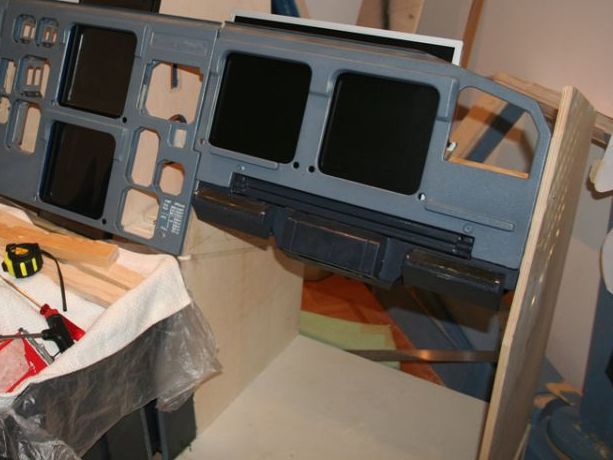 perfectly but for this “double” screen to fit into the frame opening I had to cut away the central pillar between PFD and ND opening. The problem of this 17″ monitor is his height! The screen is way too high for the frame opening and with the tables attached at the bottom the only way to install it is to sticks upwards in the area of glare wings! To do that I also had to cut the upper part of the frame in display area and also a part of the FCU bracket which was a bit scary! Before the first cut I started thinking of that custom screens again…

Cuts to central display opening pillar and upper part of the frame with angle grinder and smaller dremel where ok but cutting the FCU bracket was terrifying as this cut expectedly weakened the structure strength of the bracket!

With genuine FCU weighing around 6kg and placed at the end of the bracket I got a feeling it will easily break on narrow section left above the cut. It was clear that this needs to be strengthened somehow. I decided to make reinforcement from previously cut parts. To make it more solid in addition of screws I also used cold weld bonding compound for aluminum. It is actually an epoxy resins compound with the addition of micronized aluminum metal. 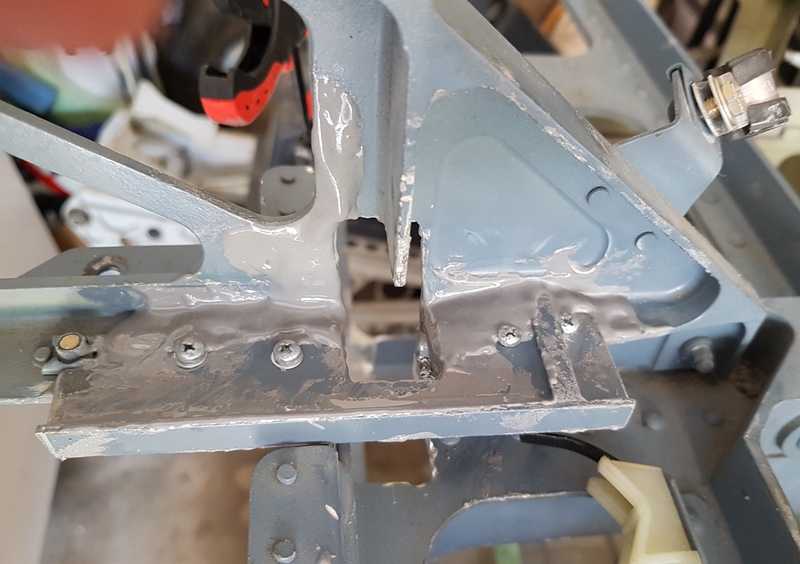 I screwed and basically glued the reinforcement plates around the LCD monitor cuts, filled the void in the bracket and made an extension to connect it to lower MIP frame. The bracket is now firm and ready to hold the FCU. 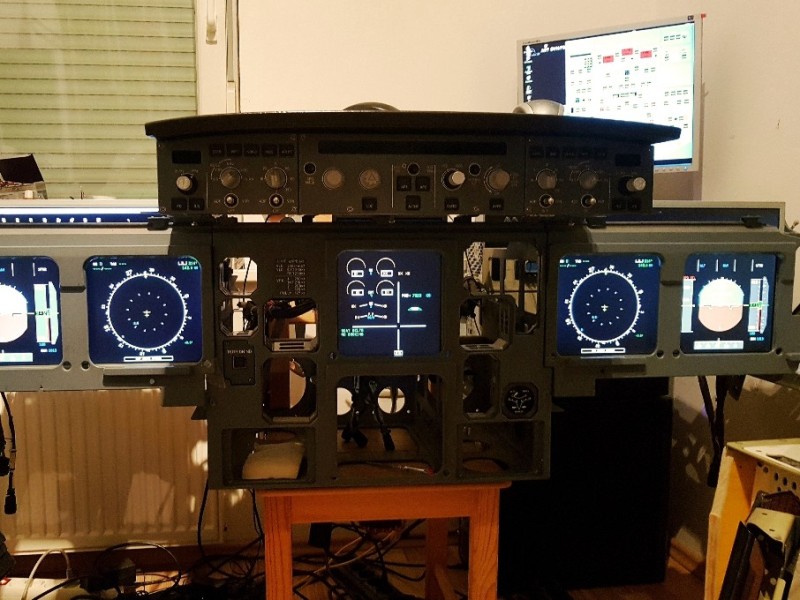