sstusek 12/11/201527/11/2017 Uncategorized
Finally… with two of my friends from the club I managed to visit one of the Flight Training Centers. You need a crew of course and with LevelD prices it’s welcome to split expenses! We wanted to see how a professional A320 Level-D simulator feels like and especially if we can fly it. Oh boy was that one unforgettable experience!
Our instructor was experienced captain and he quickly agreed we don`t need the basics course in A320 cockpit layout and systems. We showed him our home cockpits and what we do for hobby. He was surprised how much knowledge we have about A320 and later on he was also impressed by our piloting skills.
So Level-D simulator, we slowly realizing that we are entering the world of professional aviation for a few hours. First of all we where surprise by the size of the simulator. Motion hydraulics is at least three meters high with a simulator in dimension of a small house on it. Entering the simulator revealed completely genuine A320 cockpit. Instruments, screens, switches, seats,… all genuine equipment including computers (FMGS, FAC, MCDU, …). Simulator and visuals where still on from previous session. The outside view was phenomenal, not in terms of graphics, but in reality of depth due to mirror based collimated display. 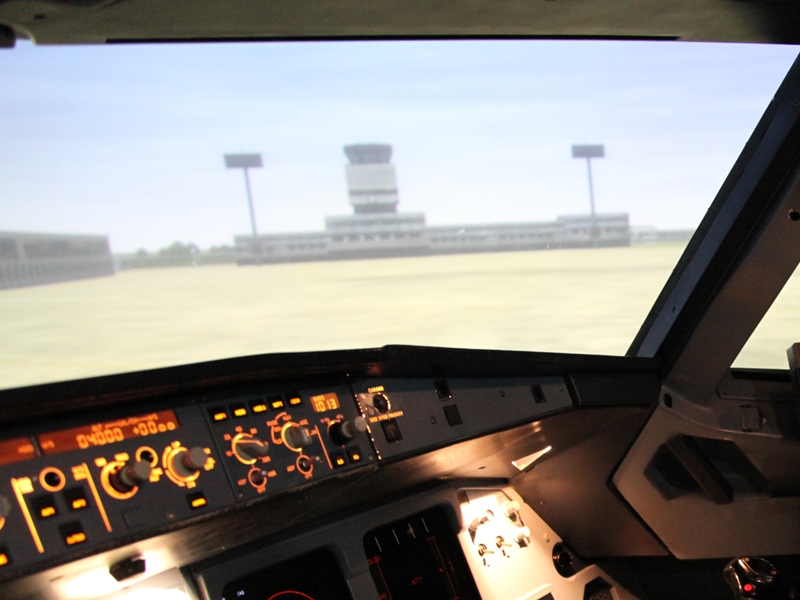 First we made a test flight from airport A to B starting with cold and dark cockpit. We went by the book, checklist, cockpit preparation,… everything went smoothly. With a nice landing on airport B we confirmed that we can fly it. In the remaining time we were flying traffic patterns and different approaches in varying wind conditions. Of course we also tried Innsbruck, LOWI Rwy 8 visual approach. 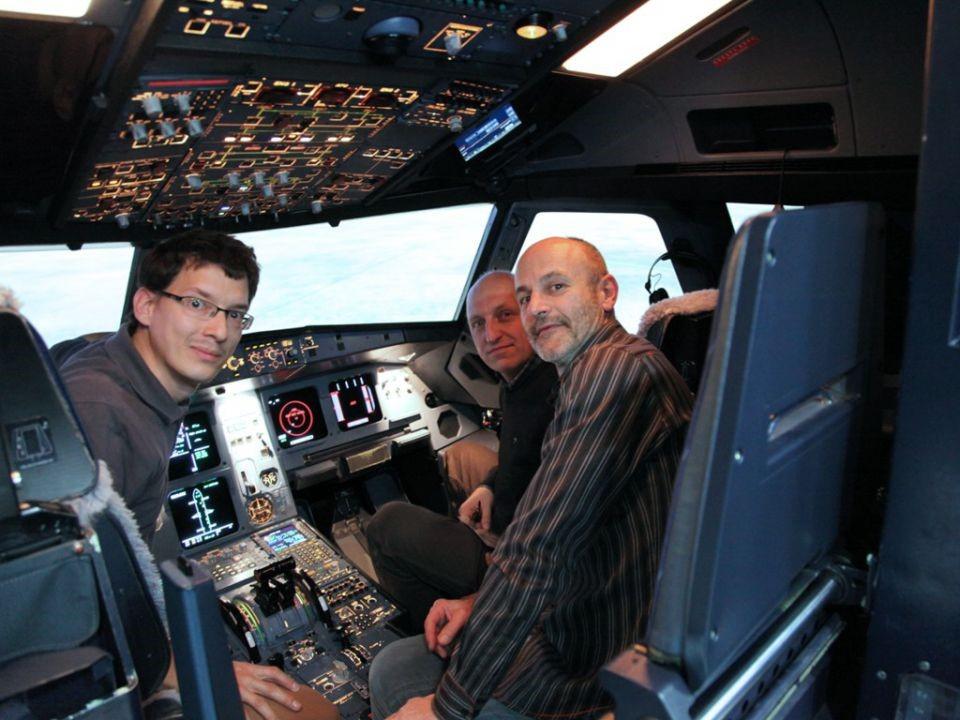 We landed the plane every time, some landings were almost perfect said our instructor. In two hours we made five takeoffs and six landings with changing seats in between. In his words we were the first non professional pilots, under his supervision, that managed A320 so well. Of course, this is still a simulator but a closest thing to the real airplane. He was sure every one of us could also land the real thing, if we had the guts and opportunity. That’s what is call a compliment. Now back home to my simulator…