With Airbus FBW system there is no direct link of sidestick and flight control surface movements, everything goes through SEC, ELAC and FAC computers. Computers will actually in regard to flight envelope protection, move flight controls according to pilots command *. So max stick deviation does not always mean max flight control movement. Well actually in Direct Law position of sidestick will correspond to the position of control surfaces. Anyway this thing is quite complicated and am not quite sure how is it simulated in home simulator software?

I have encountered a problem regarding that stick deviation and flight control movements. I mentioned that already in pots instead of transducers at the end of the post. I noticed sort of insufficient stick sensitivity using my linear pots. The stick needs to be pulled to hard and to far from neutral position on takeoff or landing flare. In my opinion much more than with real stick. I remember from Level D sim visit on takeoff I didn’t have to pull stick that much and in general small inputs where needed. 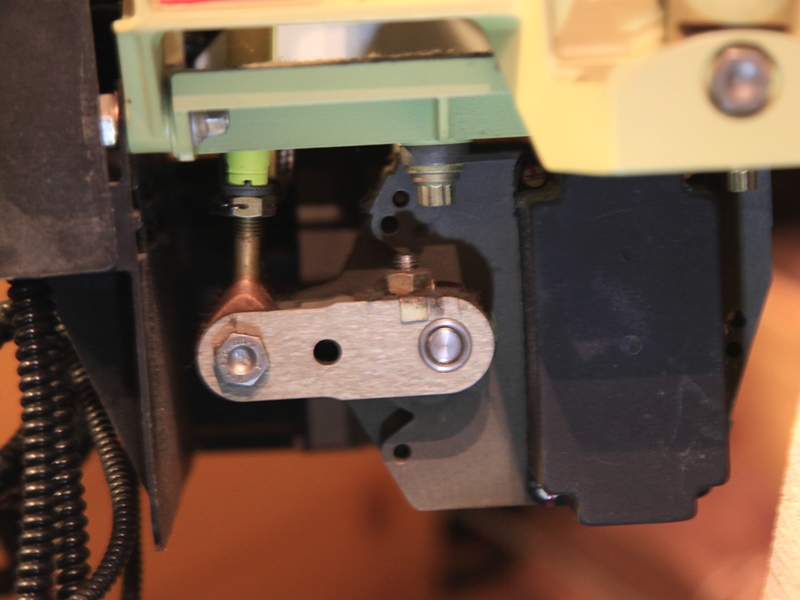 I guess it was a matter of time before I tried the original transducers. I couldn’t help it, I just had to try it even though I had a hunch it won’t be any different! Each axis transducer contains five pots for ELAC and SEC signals and they are all doubled (command and monitor unit). After finding some of potentiometer pin-outs I got the output signal I wasn’t expecting. I’ve gone from linear pot insufficient stick sensitivity to a transducer with to sensitive stick! 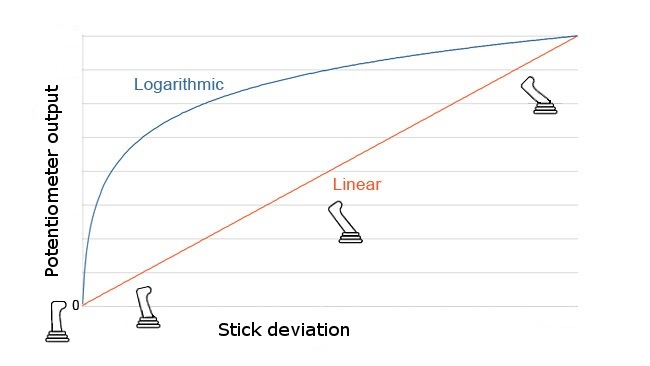 It was hard to fly approaches with stick so sensitive around center. Just the opposite from my linear pots solution, lacking sensitivity around and with center! Of course there is also a good probability that I found the “wrong” outputs? I also tested joystick curve software and tried to improve and tweak response curve. It was a little better but still not the way I wanted. I was interested in getting some more information regarding proper stick sensitivity. I guess stick sensitivity in real life changes according to flight phase and envelope?

I recently had a productive debate with a real Airbus captain and that logarithmic output would actually make some sense to him regarding the behavior of the real aircraft. If we talk about normal operation, sidesticks are only used in this relatively small circle around neutral position and in that range the sidestick must be sensitive. Sensitivity should then proportionally decrease nearing to the maximum stick deviation, similar to output signal I got.

We came to a conclusion that perhaps the original sidesticks might be made to work with logarithmic output that aircraft computers know how to interpret. If you send this same logarithmic output signal to a A320 simulator software, made for linear pot joysticks, you get to sensitive sidestick. Vice versa if you use linear output pots that simulator software know how to interpret, on the original sidestick made for logarithmic transducer, you get to small sensitivity in sidestick!?

I guess I need to some more research on this matter or test for some other output signals from ten transducer pots. Or just wait for simulator software to have an option for logarithmic input or some sort of sensitivity curve tool. 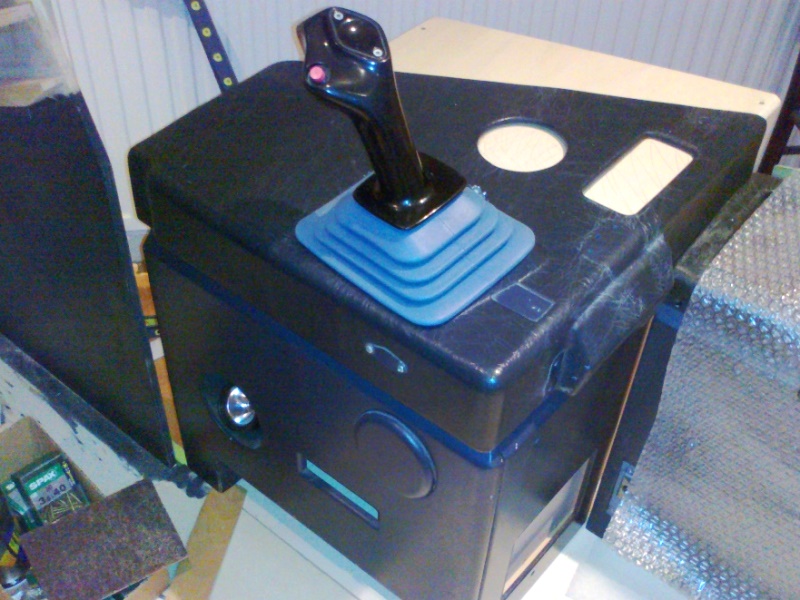 I think this response curve should be incorporated in simulator software. Maybe stick sensitivity can be controlled regarding flight envelope by software tweaking response curve. Like I suppose ELAC and SEC do in real airbus.

* By moving the stick left or right you command a roll rate (degrees per second), with greater stick deviation rate will increase (15° / Sec max.). Moving the stick back or forth you command pitch with g load factor (ratio between lift and weight of aircraft). G load is proportional to stick deflection (full back stick max g-load is 2.5 g and full forward -1.0 g).