Why don’t I make more of that Cessna, just for kicks?

The year is around and we’ve been again invited to Airport Festival. As A320 is nowhere near completion that Cessna instrument panel came in to play again. Since evolution is the essence of everything it had to be better or maybe only bigger? The idea was to make sort of portable Cessna 172 simulator and to resemble something like this. 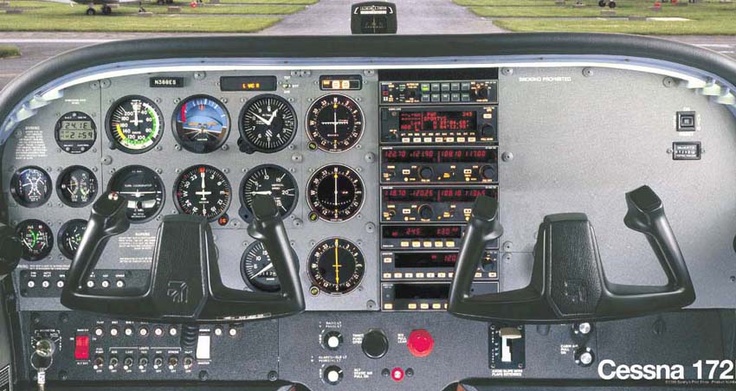 I only used front of the existing instrument panel which I had and to lengthen it to match the full width of the cockpit, which is approximately 105 cm. The support frame also had to be new in the width of the entire cockpit. 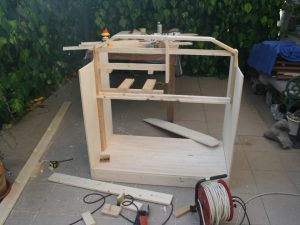 I also made a central pillar to house a trim and also ads some extra stability for monitor. 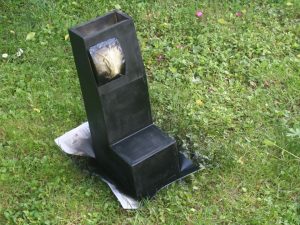 The hardest part was making a curve on glare shield out of 3 mm plywood with the gap for monitor to stick out! Of course there are many successful time consuming methods, but when you are in a hurry… I quickly dropped the idea of making three layers to make the edge thicker. With that front part sort of finished I also made shortened detachable side windows part with the ceiling to make it feel more like a cockpit, so I could call it a simulator. Next morning everything was taken to the airport, assembled and this came out. 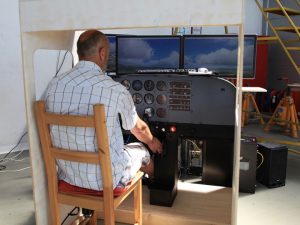 Additional immersion was added with ButtKicker making you feel the engine and taxing bumps. For that cool “as real as it gets” look I also added fake screws on the instrument panel and gauge bezels to emphasize great TheGaugesFactory instruments (again unfortunate they are gone). Bezels where made by Jože a friend from the club that owns two tonnes lathe… go figure! I’m very grateful to him.

As every year, the greatest interest was among children. However we also managed to impress some aviation school representatives that came by. They could not believe their eyes, one of them said my Cessna simulator looks better than their professional General aviation simulator. Unfortunately looks don’t count in professional aviation is all about certificates! 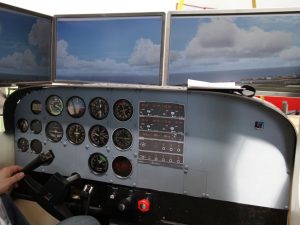 All in all it was fun and like always there is still room for improvements for the next year. 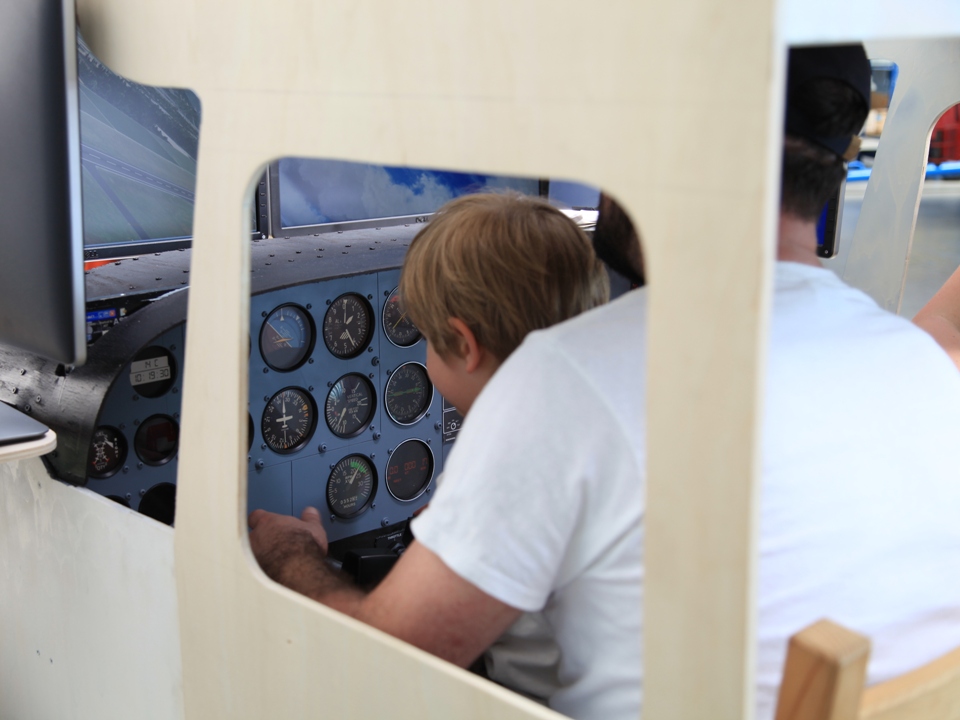 Why don’t I make more of that Cessna, just for kicks?