You can find quite some offers for B737 interior liner replica packages and almost none for A320? And those you can find are barely similar to the original A320 liners! I guess if I want proper A320 liners I am on my own! 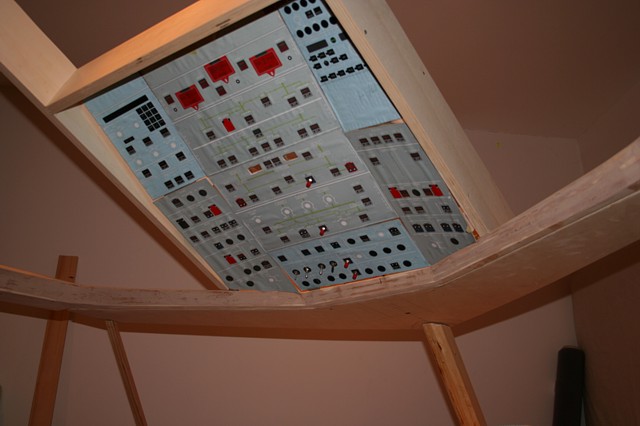 I soon decided to start working on wooden ceiling liners. I first needed a frame to work on so I started with three front window columns and top connection between them (looks like a wing). Then followed the overhead frame attached to front columns connection and rear back support, as a part of the back wall.

First ceiling liners where two flat panels on both sides of the overhead frame. 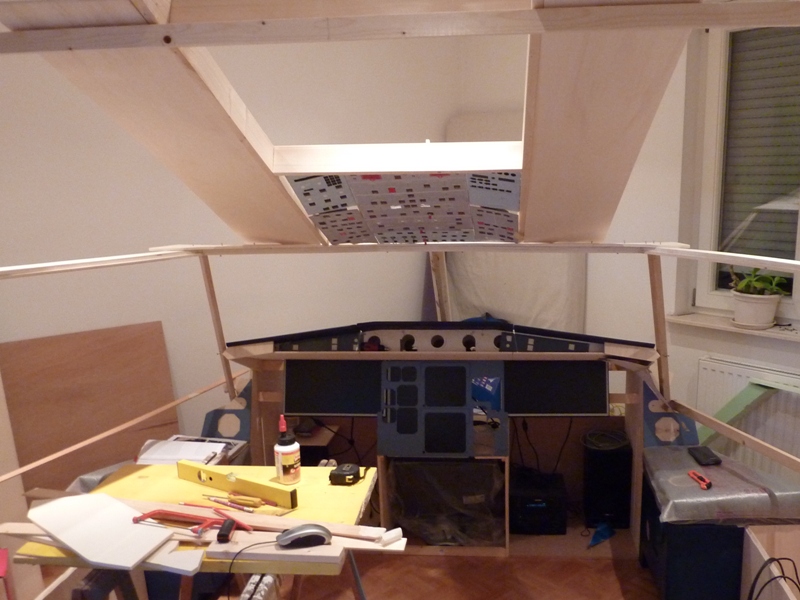 I had to make the upper windows “frame” where ceiling liners end. I made it by gluing several layers of individual plywood pieces. I spent a lot of time getting this symmetrical on both sides of cockpit. When it was finished I made ribs between overhead frame and this upper window frame. Then I fitted planks like building a wooden boat, filed with wood putty and sanded to a smooth. 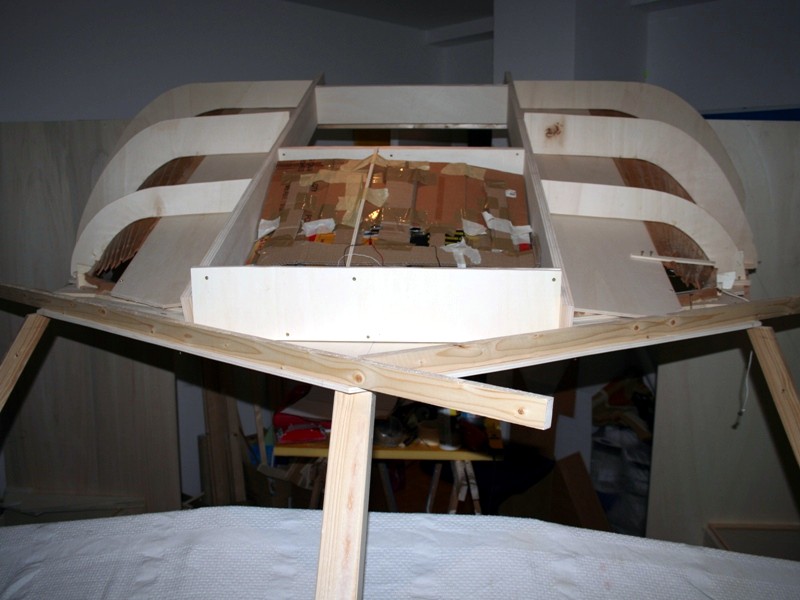 Followed by painting, another layer of wood putty and sanding until I was satisfied with the look. Then I had to make a series of grooves which are between the “actual” ceiling liners and and all openings.

After days with a Dremel tool and tons of of wood putty I think I made it. This is how ceiling liners and cockpit looked at the end. I still have to make ceiling opening compartments and dome lights… 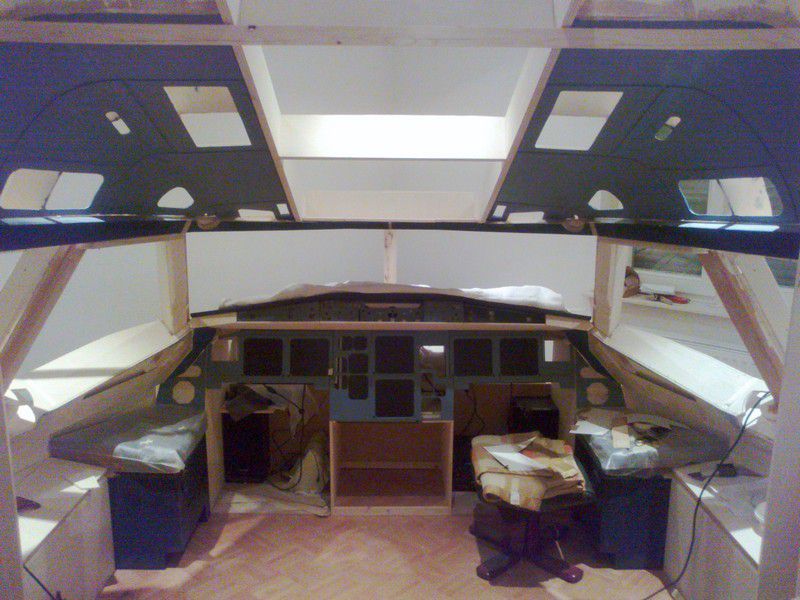